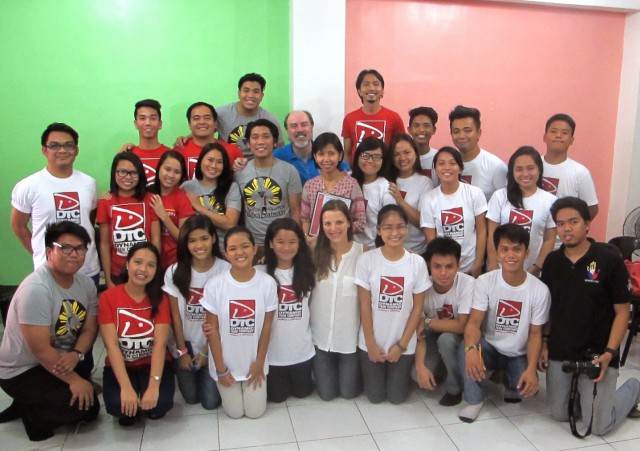 “UNESCO now wants to share your story with the whole world. The whole world wants to see the story of the Kariton Klasrum, and how it can inspire other countries to address the problem of out-of-school children and youth.” Mr. Philip Purnell, Manager of SEAMEO INNOTECH’s Educational Research and Innovation Office, said.

In 2013, UNESCO Bangkok commissioned the help of SEAMEO INNOTECH to conduct a case study on a promising practice in the Philippines concerning Education for All (EFA), the Kariton Klasrum. Now that the study has been published, SEAMEO INNOTECH’s Research Studies Unit (RSU) shared its findings to the Dynamic Teen Company (DTC), the proponent of the program, and to the Bureau of Secondary Education of the Department of Education (DepEd), which adapted Kariton Klasrum as an alternative delivery mode of education (K4 Program).

The K4 Program—which stands for Kariton Klasrum, Klinik, Kantin (Pushcart Classroom, Clinic, Canteen)—is intended to address the needs of out-of-school children and encourage them to return to formal schooling. This is a two-hour weekly program that runs for 6 months. With the use of Kariton, a pushcart commonly used for collecting and selling scrap, children are provided with alternative education (Klasrum), healthcare (Klinik), and food (Kantin).

The case study shows that through the K4 program, the learners increase their knowledge and skills, and gain more interest in schooling and learning. They also show less disruptive behaviour and increased observance of rules, politeness, and respect for other. Volunteers also show improvement as they develop their leadership, communication, and social skills through the program. They are also offered opportunities to continue their studies.

On 18 July 2015, a round table discussion with the DTC staff and volunteers was conducted after the case study was presented by SEAMEO INNOTECH Research Studies Unit. Mr. Philip Purnell, on behalf of SEAMEO INNOTECH, announced that two DTC volunteer and/or staff would be given scholarships, as well as internship or on-the-job training opportunities. On 4 August 2015, during the meeting with the Bureau of Secondary Education, the DepEd Task Force on Kariton Klasrum gave updates on the current status of the program as well as its future plans. Being selected as a good practice in achieving the EFA goals, other countries such as Indonesia and Kenya have already adapted the Kariton Klasrum program.

Philippines’ Kariton Klasrum is one of the five country case studies from the Asia-Pacific region, commissioned by UNESCO Bangkok with support from the Japanese Funds-in-Trust (JFIT). Full report of the case study can be viewed and downloaded here.

On 10-11 August 2015, SEAMEO INNOTECH facilitated a two-day training for the test administrators of the Early Childhood Care and Development (ECCD) [. . .]