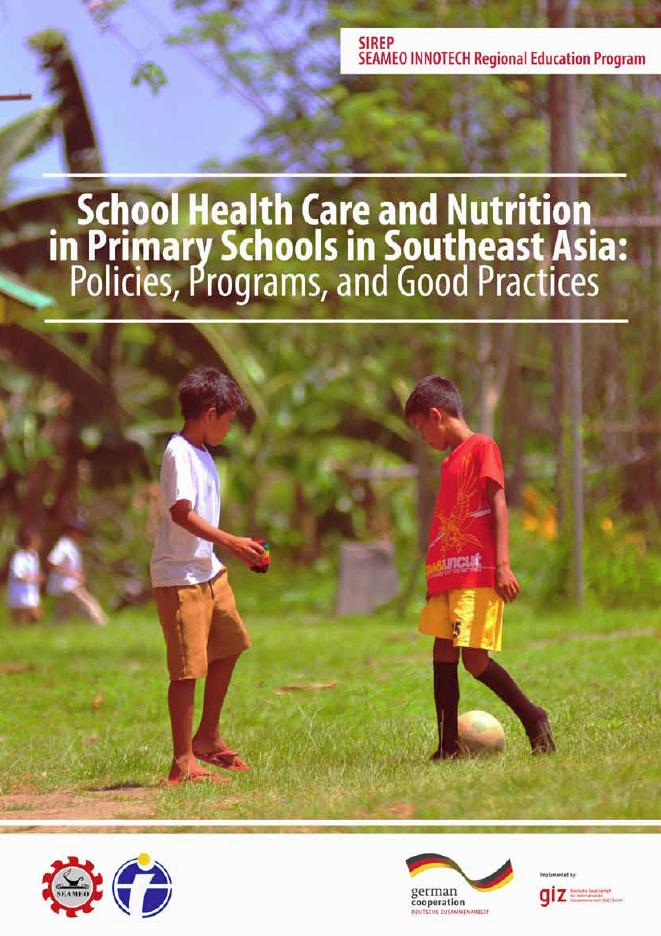 Member countries of the Southeast Asian Ministers of Education Organization (SEAMEO) consider school health care and nutrition (SHCN) as crucial to improving quality and access to education. Ministries of education have been working with nongovernment, government, and international organizations to promote increased health and nutrition services in schools through various programs and initiatives.

SEAMEO INNOTECH recognizes this convergence of education with health and nutrition issues and has declared this as a strategic program priority under its 8th Five-Year Development Plan for 2011-2016. Pursuant to its research agenda, SEAMEO INNOTECH conducted a two-phase study on School Health Care and Nutrition in Primary Schools in Southeast Asia. Phase 1 reviews current national policies, frameworks, and programs implemented in support of SHCN in seven member countries: Brunei Darussalam, Cambodia, Indonesia, Lao PDR, Malaysia, Philippines and Thailand. Meanwhile, Phase 2 presents case studies of selected primary schools with good SHCN programs and practices in six countries: Indonesia, Myanmar, Philippines, Singapore, Timor-Leste, and Vietnam. This publication presents the findings from both phases of the regional study.

Research findings show that SHCN implementation in the seven countries covered in Phase 1 of the study is strengthened by the existence of many national policies and frameworks on health and education, and that particular conditions such as adequate funding, strong leadership, and adequate human resources lead to successful SHCN implementation. However, the study also identified challenges that should be addressed such as lack of parent engagement, insufficient funding, and unsustained behavior change in students.

The case studies of primary schools in the countries featured in Phase 2 of the study reveal that what education ministries consider as successful SHCN implementation varies among countries, as schools visited had varied levels of access to financial and human resources, hygiene promotion facilities, and support from parents and other stakeholders. Nevertheless, majority of the programs in the schools visited reflect how national SHCN initiatives are implemented at the school level and even customized to adjust to the available resources and students’ needs. Principals of schools with successful SHCN programs generally take a needs-based approach when choosing which SHCN programs to prioritize. This shows that school-based management can be a good vehicle for implementing responsive and quality SHCN programs and must therefore be strengthened further.

SEAMEO INNOTECH hopes that through this report, more education professionals will recognize the importance of promoting and protecting the overall health and well-being of students in Southeast Asia. More importantly, it is hoped that the findings from the study will support SEAMEO member countries in their efforts to strengthen their SHCN policies, address current challenges to effective SHCN implementation, and ultimately close the gap between SHCN as envisioned in national education and health plans and how it is actually implemented in districts and schools.