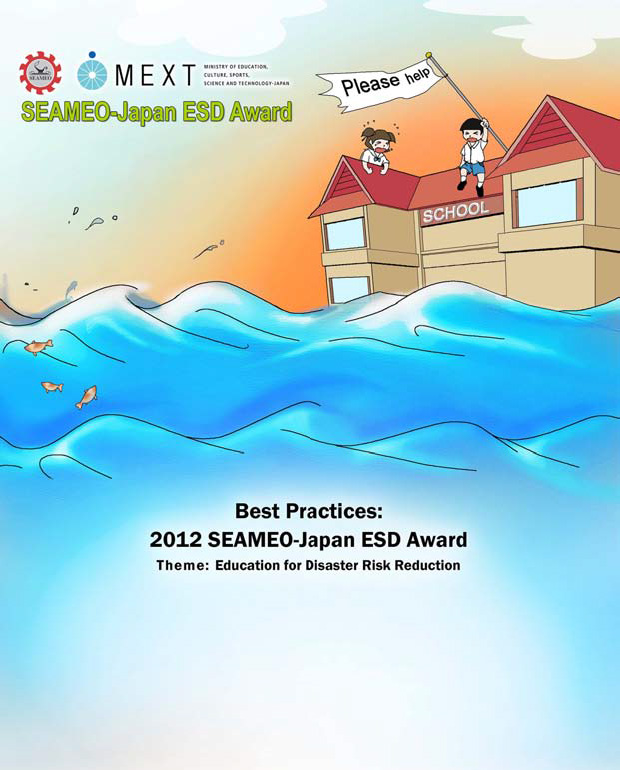 The SEAMEO-Japan ESD Award is held annually from 2012 to 2014 to promote and share best practices in ESD in schools across Southeast Asia. The objectives of the award scheme are:

Each year the award will be held under a new theme that highlights emerging issues in the region related to ESD.

Due to recent natural disasters such as earthquakes, floods, tsunamis, landslides, droughts, cyclones and storms that have caused massive destruction, including the loss of lives and a devastating effect on communities in Japan and in Southeast Asian countries, the organizers agreed to organize the very first award under the theme of “Education for Disaster Risk Reduction”.

The theme aims to:

The award was supported by the UNESCO Asia and Pacific Regional Bureau for Education and the Bank of Tokyo-Mitsubishi UFJ, Ltd. Entries were assessed on the following criteria: innovation and creativity, strategy/modality of implementation, reliability, sustainability, impact, and applicability. The 2012 judging committee consists of the experts from Japan and Southeast Asia in the areas of education, ESD, and Education for Disaster Risk Reduction.