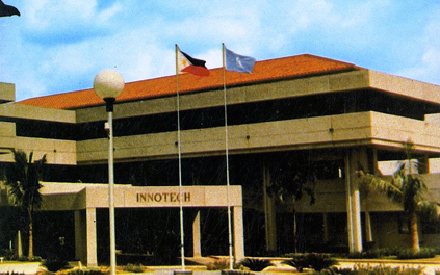 It was with a view to enabling the SEAMEO LNNOTECH Center to discover its roots or beginnings and to provide a setting for attaining its goals that it commissioned Dr. Bonifacio S. Salamanca to undertake this study just before the end of 1985. Although Dr. Salamanca proceeded to undertake his task with alacrity, the project immediately got stalled by the shocking discovery that most of the raw materials for INNOTECH’s pre-1975 history were not available at the Center’s Library. They had been with the Center’s Library in Saigon, which unfortunately could not be moved out during the hurried departure of the Center from that city on April 30, 1975.

Dr. Salamanca’s work would not at all be an authentic reconstruction of the earlier phases of INNOTECH’s history unless he had access to at least the key documents which he correctly assumed might be available at the two other places where the INNOTECH Center stayed before its eventual transfer to the Philippines. Thus, Dr. Salamanca’s trip, under the Center’s auspices, to Singapore and Bangkok in April 1986, and subsequent visits to U.P. Los Baños, where another of SEAMEO’s pioneer center is located.

As Dr. Salamanca has stated in his preface, another factor which slowed down his research work and that of his assistants were the exciting events preceding, during, and after the February 1986 People Power Revolution at EDSA. The predisposition to do research under such an ambience was simply not there for some time. It is a testament to Dr. Salamanca’s tenacity that his work is finally being published. And now that this study has come off the press, in spite of these early setbacks, INNOTECH considers this work as its modest contribution to SEAMEO’s 25th anniversary celebrations.

This volume is a painstaking effort at reconstructing the early beginnings and sub-sequent history of INNOTECH until 1987 from as wide a variety of sources of information as possible, including personal interviews. It is not a purposive evaluative study of INNOTECH’s performance. Dr. Salamanca has graciously and honestly admitted to me that he is not adequately equipped to undertake such an added dimension to his historical re-construction and analysis.

How useful do you find this resource?
[Total: 0 Average: 0]

Send us a message for inquiry on resources copy.